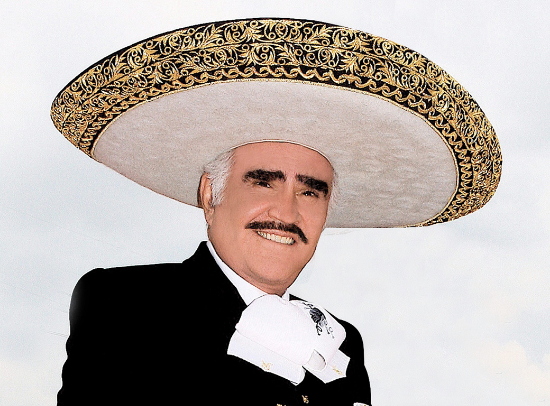 SER National Says the Spirit of Vicente Fernandez Lives on in Millions of U.S. Workers

SER NATIONAL SAYS THE SPIRIT OF VICENTE FERNANDEZ LIVES ON IN MILLIONS OF U.S. WORKERS

Irving, TX – Ignacio Salazar, SER National Chief Executive Officer, issued the following statement in the wake of the death of Vicente Fernandez, one of Mexico’s most prolific and enduring musical forces. His career spanned more than six decades, 65-million records, and 35 movies. Word of Fernandez’ passing Sunday morning reverberated worldwide, igniting an outpouring of love for the mariachi charro known simply as Chente to millions of his fans. Fernandez first came to the United States as a young immigrant performer, penniless and unknown. Over the next half-century, he rose to become one of the most beloved composer-singers of Mexican rancheras. His music of working immigrants emblazoned him forever in the hearts of generations of homesick men and women toiling daily for the American dream while longing for the home they left behind.

“SER NATIONAL honors the spirit of Vicente Fernandez because it is in the soul of millions of hard-working men and women throughout our land and Puerto Rico who sweat and toil every day to keep our economies going. We are proud to be one of the nation’s most expansive affiliate-networks of service, employment, and redevelopment resources. Our programs see the fruits of that work ethic in millions of our essential workers eager and willing to improve their skills and abilities to sustain their families and themselves. Chente embodied that energy and will to achieve, even in the face of loss, pain, and disappointment, always enduring and pressing on. These values endeared him to so many who ardently sang his songs even while confronting their worst moments. He exemplified the strength of the immigrant spirit and that of every essential worker we are privileged to help train and witness as they achieve their full potential.

Every day across our great nation, we reach thousands of people encouraging their progress as Chente did. We help students who dream of attaining their high school equivalency diploma as their gateway to a better life. We identify and invite seniors and mid-career men and women to acquire new skills to open other career paths. We are touching farmworkers with training and jobs programs to bring them and their families out of the fields into more professions and trades. Vicente Fernandez often sang that it isn’t always about arriving first; it’s about knowing how to arrive. This resilience is the enduring truth he instilled in others that will live on for generations, and SER National is dedicated to making that promise a reality for years to come.”