Receives $250,000 Funding for SER MUJER Program from The Coca-Cola Foundation

SER National founded in 1964 and headquartered in Irving, Texas, is a national non-profit that offers SER MUJER, a national women’s entrepreneurship program which encourages and supports aspiring women.  The program provides financial literacy, entrepreneurship and business development to Hispanic women and other underserved women including veterans and military families.

The SER MUJER program training curriculum is made available online, via mobile app and through traditional workshop setting. 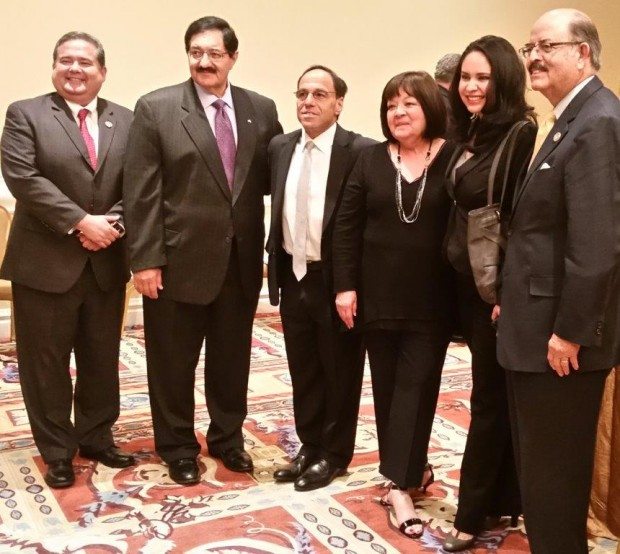 On October 13, 2016, at SER National’s Board of Directors Meeting in Las Vegas, NV, SER had the honor of a visit from Mr. Corey Sanders, the Chief Operating Officer for MGM Resorts International. Mr. Sanders addressed the SER National Board members and staff during his visit. MGM and SER are working together in a partnership to provide essential services to communities. MGM will continue to support SER in our endeavors.

Latina Equal Pay Day — the day when Latina pay catches up to that of White, non-Hispanic men from the previous year — is being observed on November 1, 2016. More than 50 years after the passage of the Equal Pay Act of 1963, Latinas typically earn only 54 cents for every dollar earned by White, non-Hispanic men and must work nearly 23 months to earn what white men earn in 12 months. Indeed, given that this is the last “Equal Pay Day” observance of the year, Latinas must typically work longer than … everyone. This disparity hurts not only Latinas, but also the families and communities they support. In 2016, this is unacceptable. We need to act now and let everyone know that we support #LatinaEqualPay and we VOTE! Join the #LatinaEqualPay Day Twitter Storm on November 1 at 2:00 pm ET!

Irving, Texas, October 17, 2016 – In elections held on Thursday by the Board Directors of SER-Jobs for Progress National, Inc., Roger C. Rocha was named Chairman and Monica L. Martinez was named Vice-Chair. Jose L. Cela, Secretary; Frank Casillas, Treasurer; and Joe R. Campos, Chair Emeritus, remained in their positions. SER National headquartered in Irving, Texas, is a national employment & training non-profit organization with a presence in over 200 communities across the country including Washington, DC and Puerto Rico.
Roger C. Rocha, Jr., is Owner and CEO of Rocha Primary Care, LLC, and currently serves as LULAC National President, President of LULAC Institute and HACR Board Member. He believes in giving back to the community through service, professional excellence and assisting those who wish to continue with their educational dreams. He earned his undergraduate degree in History with a minor in Political Science in 1993 and received his Master’s degree in Business Administration from Texas A&M University in Laredo, Texas in 2010.
Mr. Rocha has received numerous professional recognition awards from AT&T and personal awards from LULAC such as the Texas LULAC Man of the Year in 2000, Veterans Service Advocate, Communitarian and Advocate of Community Service recognition from PPEP, Inc., the LNESC recognition award for Service and Commitment, was recognized as a Paul Harris Fellow by the Laredo Next Generation Rotary Club, The Leadership Award for Community Service from The American GI Forum, the Young Leaders Award from the Island of Puerto Rico, Tejano Achievers Award, The Future of Texas Award by Texas State Representative Richard Pena Raymond and The U.S. State Department’s Distinguished Citizen Diplomat Recognition. Mr. Rocha was appointed to the SER National Board in 2012.
Monica L. Martinez is Senior Vice President, External Affairs, Comerica Bank. She earned her bachelor’s degree in International Business with a focus in Marketing. For her graduate work, she studied Interdisciplinary Technology with a concentration in Business Management at Eastern Michigan University. In addition, she has also earned certificates in Non-Profit Management from Duke University and Corporate Community Relations Management from Boston College and is a graduate of the SMU Management program and is certified in Diversity Management from Cornell.
Martinez actively serves on the board of the Michigan Hispanic Chamber and as Chair of the Michigan Girl Scouts Hispanic Advisory Committee. She has received a number of honors for her work. Most recently, she was honored with the Inaugural Corporate Visionary Award at the DDLM Women’s conference at Michigan State University and named as one of the Top 10 Latina Women in Corporate America by Latino Leaders Magazine. In addition, she has been named as a Latina of Influence by HispanicLifestyle.com, acknowledged among one of the “One Tough Cookie” honorees recognizing female leaders by the Girls Scouts of Southeastern Michigan and one of the most influential Hispanics in the United State by Hispanic Business Magazine. Ms. Martinez was appointed to the SER National Board in 2010 and during the SER National Board meeting in Las Vegas last week, Ignacio Salazar, President & CEO, confirmed that Ms. Martinez is the first female Vice-Chair from corporate America since the organization was founded in 1964.