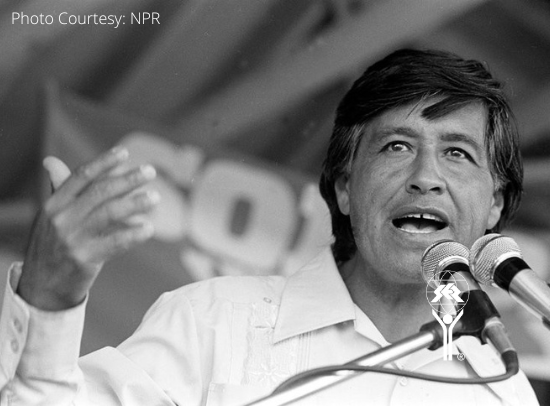 SER Jobs for Progress National, Inc. issued the following statement on the birthday of Cesar Chavez, the Latino labor leader and civil rights advocate. He helped organize the country’s farmworkers. Chavez was born on March 31, 1927, and died on April 23, 1993. He was 66.

Ignacio Salazar, SER National’s President & Chief Executive Officer
“The power of Cesar Chavez Day is that it celebrates the lives of generations of working American men and women through the journey of one modern-day historical figure. As a man, Cesar Chavez stood not too tall, and most times, he spoke softly except when delivering his fiery admonishments to landowners in whose fields farmworkers toiled from sunrise to sundown. Yet, he ignited and led one of the most significant labor movements since our founding. He called for such simple provisions for farmworkers as clean drinking water, portable field toilets, and work breaks in the shade from the scorching sun. Cesar Chavez was every American of the untold millions, free or enslaved person, who had cleared and cared for land to feed themselves and their families since America’s earliest days. All lived by the sweat on their brow.

It is a well-known fact that Cesar never earned more than $6,000 a year for himself, and he often credited his wife Helen publicly for raising their eight children. At the same time, he traveled nine months out of every year as the leader, along with Dolores Huerta, of the National Farmworkers Association (NFWA), later becoming the United Farm Workers (UFW). Often, they relied on the simple generosity of the poorest farmworker families who opened their doors and shared their table with Cesar. At the time, farmworkers were paid 40-cents an hour, had no health benefits or pension.

Over forty years, Chavez maintained his focus on public service, and the picket lines, strike gatherings, and marches marked his path to eventual victories, albeit fleeting because civil rights, he said, must be fought for and won with every generation. An estimated 1.1 million to 1.7 million are undocumented farmworkers in the United States, and another .75 million to 1.2 million are lawful or citizen farmworkers. Eighty-three percent of them are Latino, and the vast majority are from Mexico. More than a third of all farmworkers are women. Their average hourly wage is $10.80, although many still work by the piece.

Forty-thousand people attended Cesar Chavez’s funeral and accompanied his simple, pinewood casket. Today, Cesar rests at Nuestra Señora Reina de La Paz, his beloved retreat where he walked and meditated, in the shadow of Dos Lomas above Tehachapi, California. His phrase Si Se Puede (Yes, We Can!) now resonates across the land as a battle cry of service to strive, do, and achieve, not just for ourselves but also for others. May this be our rallying cry on this Cesar Chavez Day”.