In August 16, The Bureau of Labor Statistics released its annual report on seasonal employment among 16-to-24-year-olds. BLS reported 9.1 percent youth unemployment rate, its lowest level since 1966. From April through July, 21.2 million young people were employed and 2.1 million unemployed.

Looking at demographics, the July 2019 labor force participation among young men, at 63.2 percent, was up by 2.1 percentage points over the year. The rate for women, at 60.4 percent, was little changed over the same period. By race, unemployment rates were little changed over the year for whites, at 8 percent; Asians, 8.2 percent; and Hispanics, 11.3 percent. Black and African American youth unemployment was 14.6 percent.

The Urban Institute has been researching state Child Care and Development Fund policies, examining the intersections of childcare with workforce development and postsecondary education, for more than half a decade. The recent research briefs provide a first look on the actual use of CCDF-subsidized care by parents enrolled in education and training and an update on state policies in this area.

Coverage levels and eligibility policies vary significantly across states. Generally, care that is subsidized by the federal block grant must be provided to low-income families. Most states prioritize recipients of Temporary Assistance for Needy Families benefits and working families. States, however, have discretion in providing care to parents who are enrolled in education or training, or are searching for jobs.

Public Charge Rule to Expel Legal Immigrants Based on SNAP

The Department of Homeland Security published final rules of an immigration regulation advanced by the Trump Administration that will deny admission to the United States for immigrants who have used certain public benefits, such as nutrition and housing assistance, when it takes effect on October 15. The regulation is formally titled Inadmissibility on Public Charge Grounds, but it is commonly referred to as the Public Charge rule.

The Immigration and Nationality builds off the Immigration and Nationality Act. The regulation allows the Department of Homeland Security to deny admission to anyone who is “likely at any time to become a public charge.” This prevents people without wealth or advanced education from achieving legal immigration status.  Its policies make holding down a job important for people seeking permanent admission. The law states that age, health, family status, assets, resources, and financial status as well as education and skills shall be considered but does not specify how. 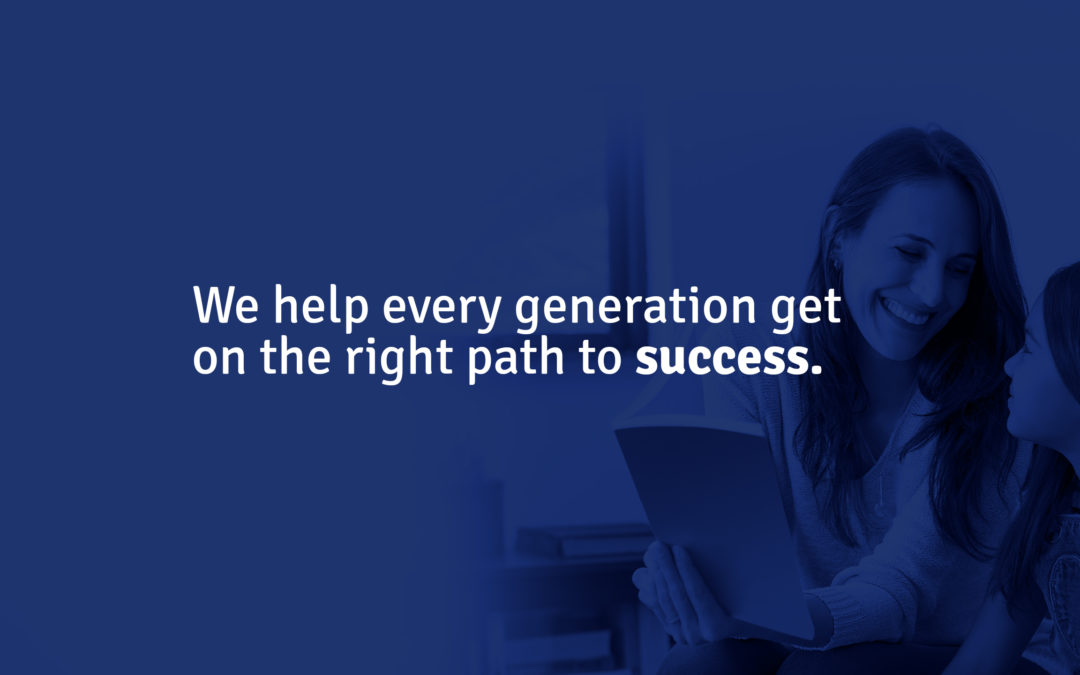 Rosy Escalante graduated from Dallas Can Academy Pleasant Grove in June 2019. She is the first one of four children to attend college.  Rosy enrolled for fall classes in El Centro College where she will seek to attain her Associate’s degree.  She will then transfer to North Texas State University to work on her teaching degree.  She wants to have a positive impact on the lives of children the way teachers have made a difference in her life. 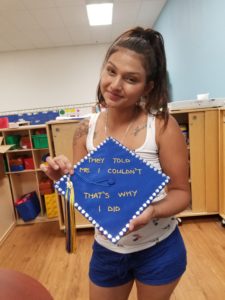 Her grandmother raised her.  Rosy stated that  while she lived with her grandmother, relatives told her not to waste her time in school because she was just going to end up being a “nobody” like other members of her family.  She did not let anyone deter her from her lifelong dreams of going to college.

While attending Dallas Can High School, Rosy wanted to be an active parent in her son’s life.  She frequently volunteered at the Early Head Start Center.  She ran for President of the Parent Committee and won.  Angel Lira, her son, loved having his mom volunteer in the classroom.

This summer Dallas Can High School hired Rosy to tutor students during the summer.  She did an excellent job, so she will continue to work this coming year as a tutor while attending college.

Three million newly eligible households include those with disabilities and seniors. In eight years, the program has now connected more than eight million people from two million households to the internet at home.

Comcast announced today it is significantly expanding eligibility for Internet Essentials, which is the nation’s largest, most comprehensive, and most successful broadband adoption program in America, to include all qualified low-income households in its service area. The expansion is the most significant change in the program’s history. The Company estimates that more than three million additional low-income households, including households with people with disabilities, are now eligible to apply. It estimates a total of nearly seven million households now have access to low-cost Internet service, which literally doubles the total number of previously eligible households. In addition, the company announced that, since August 2011, Internet Essentials has connected more than eight million low-income individuals, from two million households, to the Internet at home, most for the first time in their lives. Today’s announcement follows 11 prior eligibility expansions, including last year’s extension of the program to low-income veterans.

“This expansion is the culmination of an audacious goal we set eight years ago, which was to meaningfully and significantly close the digital divide for low-income Americans,” said David L. Cohen, Senior Executive Vice President and Chief Diversity Officer of Comcast NBCUniversal.  “The Internet is arguably the most important technological innovation in history, and it is unacceptable that we live in a country where millions of families and individuals are missing out on this life-changing resource.  Whether the Internet is used for students to do their homework, adults to look for and apply for new jobs, seniors to keep in touch with friends and family, or veterans to access their well-deserved benefits or medical assistance, it is absolutely essential to be connected in our modern, digital age.”

To be eligible to apply to the program, low-income applicants simply need to show they are participating in one of more than a dozen different government assistance programs.  These include: Medicaid, Supplemental Nutrition Assistance Program (SNAP), and Supplemental Security Income (SSI).  A full list of these programs can be found at www.internetessentials.com.  The Company already accepts applications from households that have a student eligible to participate in the National School Lunch Program, live in public housing or receive HUD Housing Assistance, including Section 8 vouchers, or participate in the Veterans Pension Program, as well as low-income seniors and community college students in select pilot markets.

According to U.S. Census data, households living in cities with the highest poverty rates, are up to 10 times more likely than those in higher earning communities not to have fixed broadband at home. For example, in Palo Alto, California, or Bethesda, Maryland – where poverty rates are very low – only about six percent of households do not have a broadband Internet subscription – 94 percent are connected. But in Trenton, New Jersey, and Flint, Michigan – where poverty rates are way above the national average – 60 percent or more of households do not have fixed broadband at home – that is, less than half are connected. That gap of more than 50 points defines the digital divide in this country.

Internet Essentials has an integrated, wrap-around design that addresses each of the three major barriers to broadband adoption that research has identified.  These include: a lack of digital literacy skills, lack of awareness of the relevance of the Internet to every day life needs, and fear of the Internet, the lack of a computer, and cost.  As a result, the program includes: multiple options to access free digital literacy training in print, online, and in person, the option to purchase an Internet-ready computer for less than $150; and low-cost, high-speed Internet service for $9.95 a month plus tax.  The program is structured as a partnership between Comcast and tens of thousands of school districts, libraries, elected officials, and nonprofit community partners.  For more information, or to apply for the program in seven different languages, please visit www.internetessentials.com or call 1-855-846-8376.  Spanish-only speakers can also call 1-855-765-6995.

The most significant barrier to broadband adoption in low-income communities remains a basket of digital literacy deficits, lack of digital awareness, and fear of the Internet.  To help address this barrier, since 2011, Comcast has invested more than $650 million to support digital literacy training and awareness, reaching more than 9.5 million low-income Americans.  In addition, the company has either sold or donated more than 100,000 discounted and heavily subsidized computers to families and veterans that need one.