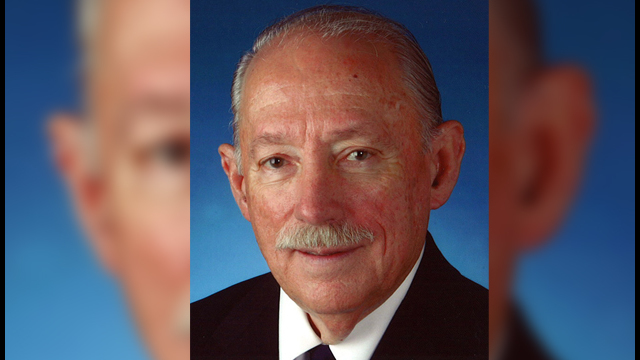 Washington, DC – Gustavo L. “Gus” Garcia rose from humble beginnings in the Texas border town of Zapata and achieved important milestones as an Hispanic pioneer over more than four decades of public service: Austin City Council member who became Mayor, member then President of the Austin Independent School District before going on to also serve on the Austin Community College Board of Trustees. He died Monday at the age of 84.

Domingo Garcia, National President, called Garcia a close, personal friend. “We spoke often and in many ways he served as a mentor to many Hispanics. He was always willing to listen, share his thoughts but always allowing others to think and decide based upon what they thought was right. I think what made Gus Garcia such a great leader was that he understood the fundamental truth that respect for others is peace. He exemplified giving and receiving respect as the basis for working with everyone in the community, rich or poor, white, black, brown, yellow — none of that mattered to Gus — so long as Hispanics were included at the table. And he made sure we were. I will miss our conversations, his wisdom and most of all, his love for nuestra gente.”

Garcia attended the University of Texas at Austin where he received a degree in Accounting and became a Certified Public Accountant. His education enabled Garcia to learn the intricacies of government programs and he mastered the skills of dissecting details in public administration which enabled him to identify and articulate instances of social injustice.

Former National President Hector Flores added his remembrance of Garcia: “Gus was persistent as heck when he saw a wrong being committed against la comunidad like when the Austin Human Relations Commission was formed and Hispanics were not represented. He took them to task and we won four seats on that 21-member body for the first time ever. Also, Gus was responsible for leading the call for change in Austin to ensure fair housing practices at a time when the city’s housing authority was clearly excluding Hispanics from certain residential towers. They blocked him from seeing the public records, which was illegal, but he just went around them to conduct his own investigation at one of the towers and blew the case wide open. When history is written about the foundation of Texas itself for future generations to look back, the ‘indelible stones’ laid by Gus Garcia will figure prominently. Rest in peace eternal Amigo!”

Immediate Past-President Roger Rocha, a resident of Laredo, Texas a short distance from Garcia’s birthplace received notification of his passing and called Garcia a “trailblazer for Latinos in Texas”. He urged LULAC to remember and honor Garcia’s memory and to keep his family in our thoughts and prayers. Funeral arrangements are pending.