Latinas Will Wait 216 Years for Equal Pay at Current Rate 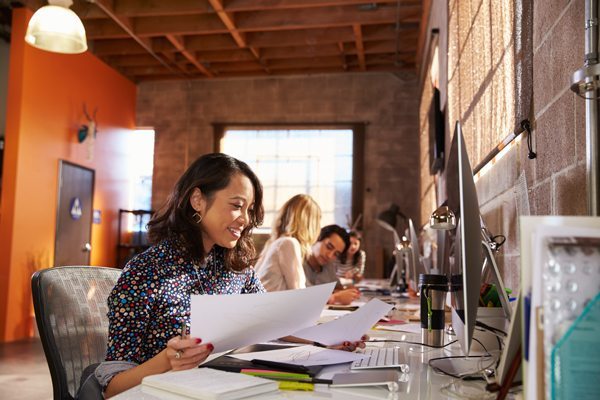 In advance of Latinas Equal Pay Day, a new estimate shows slow progress on closing the wage gap, especially for women of color

Washington, DC—If trends over the last 30 years continue, Hispanic women will not see equal pay with White men until 2233—216 years from now—according to a new projection released by the Institute for Women’s Policy Research (IWPR) in advance of Latinas’ Equal Pay Day on November 2—the day symbolizing how far into the year that Latinas must work to earn what White men earned in the previous year.

In 2016, Hispanic women earned 54 cents for every dollar earned by a White man. An IWPR analysis based on new data released in September by the U.S. Census Bureau found that, at the median, Hispanic women who work full-time for an entire year still receive pay (at $31,522) low enough to qualify a family of four for food stamps.

Women’s Median Earnings as a Percent of Men’s, 1985-2016 (Full-time, Year-Round Workers) with Projections for Pay Equity, by Race/Ethnicity 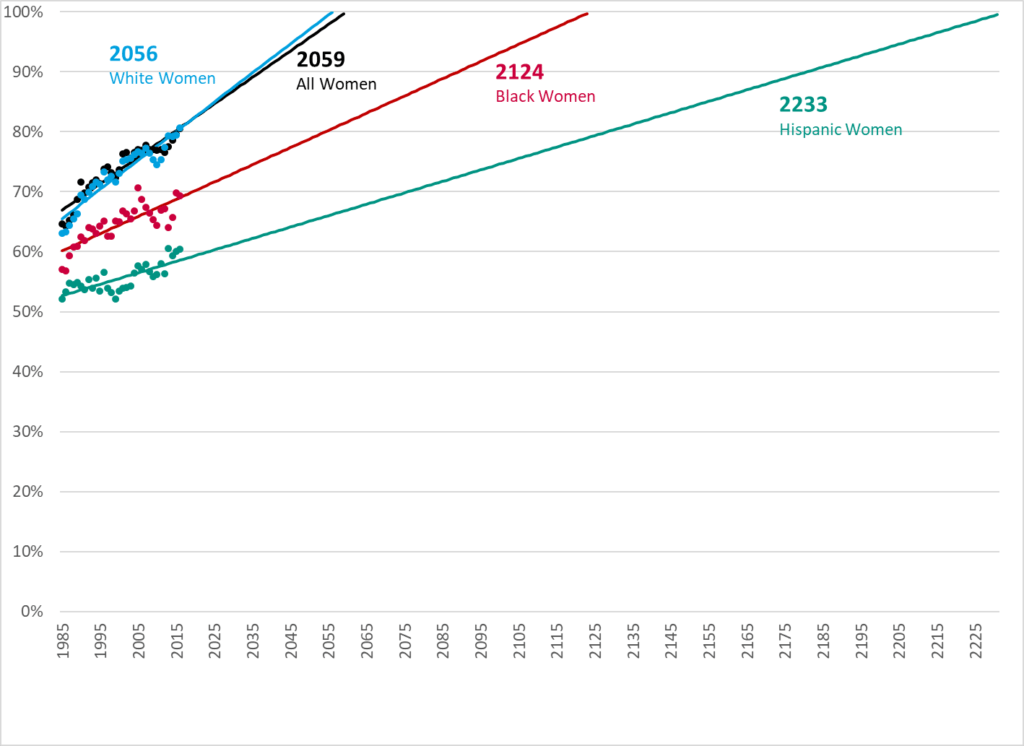 IWPR has previously found that women overall will not see equal pay until 2059, but the pace of change varies significantly by race and ethnicity. The exceptionally slow pace of progress for Hispanic women, for instance, is nearly two centuries behind when White women should expect to see equal pay with White men (2056). Black women are not projected see equal pay until 2124, 107 years from now.

“216 years ago, the United States was a new country inaugurating its third president. In the two centuries since, our country welcomed millions of immigrants and summoned its deep supply of innovation and imagination to tackle big, world-defining issues. Do not tell me we can’t figure out how to pay women the same as men,” Dr. Hartmann said.

The Institute for Women’s Policy Research (IWPR) is a 501(c)(3) tax-exempt organization that conducts and communicates research to inspire public dialogue, shape policy, and improve the lives and opportunities of women of diverse backgrounds, circumstances, and experiences.