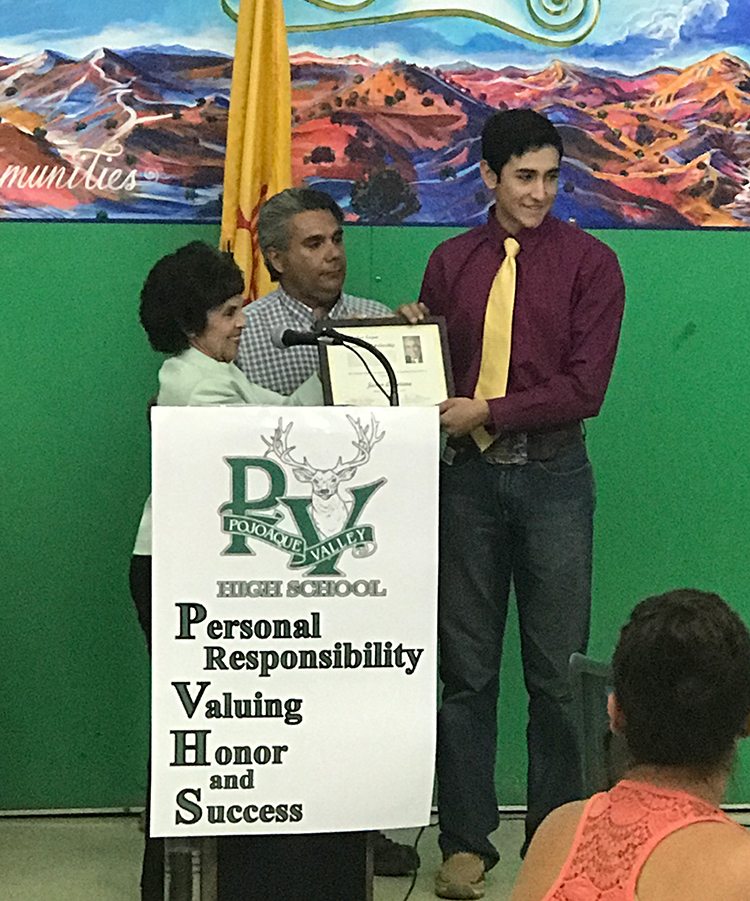 Jason Quintana is a student intern who participated in the Vamos Verde project last summer at Bandelier National Monument. Vamos Verde was a new initiative between the National Park Service, SER National, LULAC, The Hispanic Federation and Aspira and was implemented in New York City, Albuquerque and Bandelier.

Jason will be enrolling at New Mexico State University in the fall in their Agriculture program.

Congratulations Jason and thank you to AT&T and the National Park Service for your involvement in having a positive effect on our youth in New Mexico.