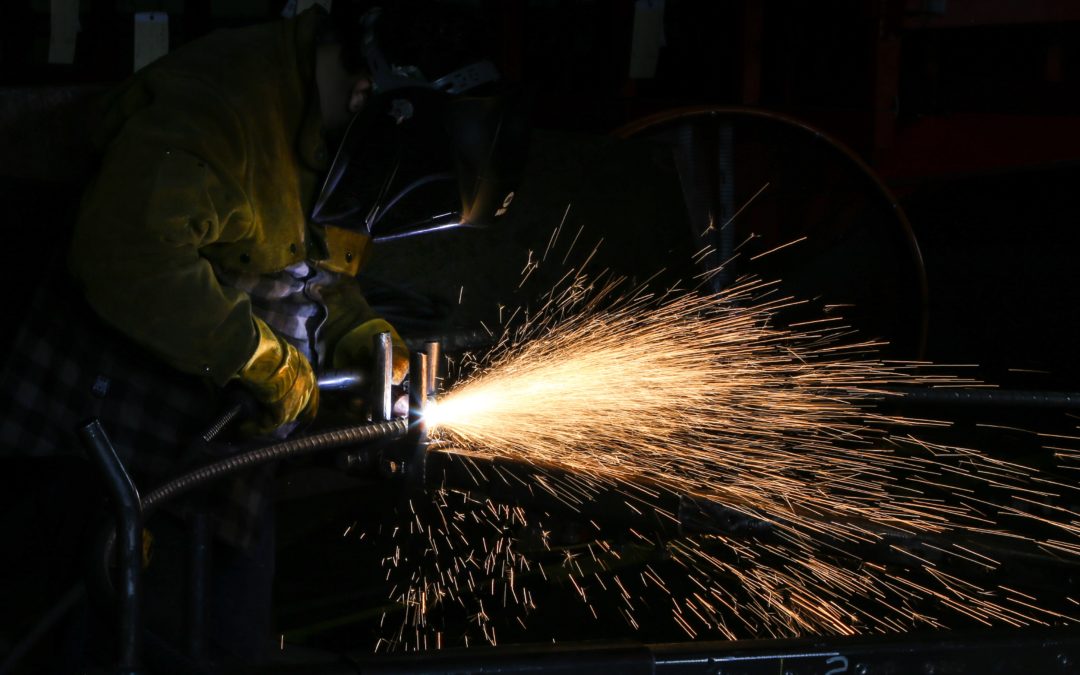 With no father figure at home, Ray often looked to his uncle for guidance. As a child, Ray’s uncle would tell him “a man’s job is to be able to confront any problem and never stay [still] with his hands crossed…” – a mantra that still guides him today.

Around the age of 24, Ray found himself in a bad situation and eventually, prison. After being released, Ray was determined to make his family proud.

“I was going to a school in the medical center to become a surgical technician,” said Ray. “Right when it was time for me to do my clinical rotations, I told [the school] my situation and they told me I couldn’t have anything on my record… I was one of the top students there…[so] that was disappointing.”

After leaving the program, Ray was discouraged.

“I had a felony and was having trouble [finding] work,” said Ray. “I didn’t know where I was going in my life.”

After a friend showed Ray an article about SER helping ex-offenders find employment, the two decided to check it out.

“I did the evaluation [at SER] and scored high in the math portion. [My SER career coach] said I would be a better fit for the Workforce Solutions CNC Machining program at Alvin Community College, since it involved more math,” said Ray. “I went through the CNC program but [due to miscommunication] I was transferred into the Houston Community College Welding program.”

“I started the welding program at the HCC campus southeast, near Gulfgate. It was a lot closer and convenient,” said Ray. “I caught on really quickly.”

With some support from the SER team, Ray was unstoppable.

“Once I completed the program, I just went for it,” said Ray. “I looked around at places that were hiring, got a job, and boosted my resume with experience. I started off working at little shops here and there just to get the experience. Now here I am, working at a chemical plant.”

Now 31, Ray is working for CB&I near Lake Charles, Louisiana on a LNG project (liquefied natural gas), where the company disseminates natural gas, liquefies it, and ships it to Japan.

“I’ve been here since March [of 2017]. This is my first out-of-town job. I am used to always having work surrounding me… but last year was a slow year in the industry,” said Ray. “It’s difficult being away from home, but I just deal with it.”

Homesickness is a small price to pay for the pride Ray (and his family) now experience.

“I became who my mother wanted me to be,” said Ray. “Something stuck that she instilled in me. I would hate that she emigrated from Mexico and that she sacrificed to give me a better life, [if] all of it [was for nothing]… it makes me feel good that I became who she sacrificed for me to be.”

After nearly 6 years as a welder, Ray is looking toward the future.

“I think the next thing I want to do is to get my certification to be a welding inspector,” said Ray. “That’s more money and less work…that’s my goal in life.”

Ray’s years in the field provided him with valuable insights and perspective to share with up-and-coming SER students and welders.

“For the guys coming out of the welding course, you will hear a lot about the money and how much you can make as a welder,” said Ray. “That’s all fine and dandy, but like anything, you have to go through ropes. [At first], I wasn’t making as near what I am making now. I had to work jobs and shifts [that I disliked] that weren’t paying enough, but I gained experience.”

For Ray, determination and hard work have been just as important as training.

“That [determination] led me to the plants and refineries that I’ve worked in,” said Ray. “Some of us aren’t fortunate to have connections to get us in, [so] we have to find our own way.”

“Sometimes it’s an illusion or let down when you get out of the welding school….it’s a matter of having the determination that you want to accomplish what you set yourself out to accomplish. There will be a few bumps in the way, but you have to continue to push – continue to put in work.”

Despite the challenges Ray encountered along the way, he continued to live by his uncle’s mantra, and with SER’s help, has made a bright future for himself and his family.

“Welding gave me a platform, but SER is who got me there…I am very appreciative of the opportunity given to me,” said Ray. “It changed my life for the better.”