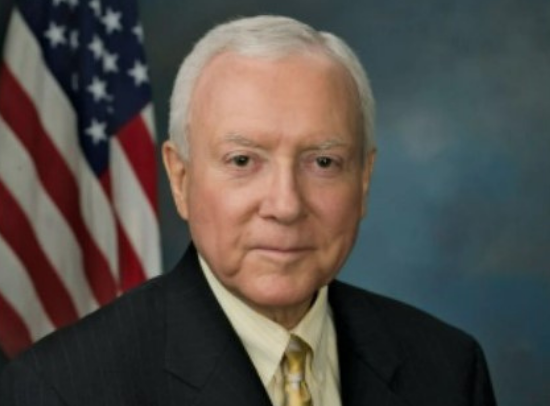 Nation’s Service-Employment-Redevelopment Network Recalls a Friend Who Exemplified Loyalty, Fairness, and Deep Caring for All Communities
SER National today issued the following statement in remembrance of former Utah Senator Orrin Hatch, who died Saturday in Salt Lake City, Utah, at 88. Hatch was the longest-serving Republican member in the history of the U.S. Senate. His tenure extended 42 years, from 1977 to 2019. During his service in public office, he held numerous powerful positions, including Senate president pro tempore. He was a member of the Senate Finance Committee and the Senate Judiciary Committee. Hatch was an influential legislative figure whose counsel was respected by seven U.S. Presidents and nine Senate majority leaders. He sought the Republican nomination for president in 1999 in a bid that eventually went to George W. Bush. Both sides of the aisle regarded his leadership as one of a man of great faith, conviction, and dedication.
“I have lost a dear friend, and our nation has seen the passing of a great American,” says Ignacio Salazar, SER National Chief Executive Officer. “Those of us at SER National who had the privilege of working with Senator Hatch shall never forget his profound kindness and empathy for the plight of others. He understood the difference between partisan politics and sound public policy as he fought, at times as the lone voice, in support of important programs that benefitted millions of Americans, including Latinos.
Senator Hatch was a spiritual man who looked for and acknowledged the worthiness and value of every human being he met. I will never forget his abrazos, the embrace of friends that surpassed any words we could exchange. His genuine caring was driven by his own experience growing up in an impoverished family that lost its home during the Great Depression. His father borrowed $100 to buy a parcel of land where they built a humble house. This is where Orrin grew up, tending chickens and selling eggs before becoming the first in his family to attend college, then a lawyer before entering public office in 1976. He never forgot where he came from, which shaped his true servant heart.
Senator Hatch stood by SER National during some of the most challenging times. Thanks to his support and championing our work, we received critical funding to sustain projects that were both economically and socially vital. Also, his staff reflected the diversity of America, and his vision led him to establish the Task Force on Hispanic Affairs. Indeed, Orrin Hatch was a trailblazer, a courageous defender of truth, and stood for what is right above all. We at SER National are honored to have known him and shall strive to continue his legacy of service to America.”